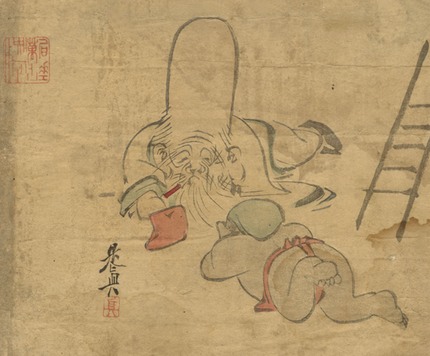 ALIAS (ALta formazione e Internazionalizzazione nell’Ageing Society – Higher Education and Internationalization in the Ageing  Society) main purpose is to create a new generation of researchers and experts, educated in a international, multidisciplinary and multicultural context, able to develop innovative methodologies and studies for increasing the awareness of Ageing Society topics in Public Administrations, Private Industries and Universities. In order to promote multidisciplinary researches and to tackle cultural and technological issues emerging in the Ageing Society debate, ALIAS develops actions concerning High Education programs and international mobility.

ALIAS is designed by the University of Milano-Bicocca and the University of Brescia, co-funded by Fondazione CARIPLO (Cassa di Risparmio delle Province Lombarde – Savings of the Lombard Provinces Foundation) and developed in partnership with the Tohoku University (Sendai, Japan), The University of Tokyo (Tokyo, Japan), the Umm Al-Qura University (Makkah, Saudi Arabia), the German Institute for Japanese Studies (Tokyo, Japan) and the SWAS-Series of Workshops on the Ageing Society initiative (Japan and Italy).

*In Japan, Fukurokuju (福禄寿) (from Japanese fuku, “happiness”; roku, “wealth”; and ju, “longevity”) is one of the Seven Lucky Gods in Japanese mythology. Usually portrayed as being bald, with long whiskers, he is said to be an incarnation of the Southern Pole Star. In many depictions, Fukurokuju has an abnormally high forehead. The sacred book tied to his staff either contains the lifespan of every person on earth or a magical scripture. He is the only member of the Seven Lucky Gods credited with the ability to revive the dead.

The Ageing Society
The process of population aging is a demographic and social phenomenon (Ageing Society) involving all countries in the world, both society with developed economy and society still under development (for example China is the country with the most elderly). Italy and Japan, which hold the record for longevity of the population, are the countries in which demographic pressure is most perceived as a result of the increase life expectancy.

The process of Ageing Society will impact on many key aspects of the economic developement, including those related to retirement problems, the labour market, industry structures and on public accounts. The OECD (Organization for Economic Co-operation and Development) proposes to transform these challenges into opportunities to stimulate economic growth.

The knowledge of experience and the study of political/economic choices that industrialized countries such as Italy and Japan provide represents a discriminating factor to implement decisions on the front of the development opportunities of new growth patterns. The government, research centers (public and private) and the productive sector are involved in developing strategies to streamline the expenditure arising from an aging population, to develop technologies to face and resolve some of the main problems associated with the management of the phenomenon, including those to the sustainability of spending on the welfare of elderly, and to put in place products and services available directly by end-consumers at market prices consistent with disposable income of the countries concerned.

In this perspective, the  technology (and scientific knowledge to them connected) have an increasingly important role for the definition of problems and opportunities that this trend prefigures: medicine, food, information and comunication tecnologies (ICT), robotics and domotics, artificial intelligence, complexity sciences and biotechnologies, in addition to its disciplinary intersections that need further exploration. These tecnologies must be adequate to promote the comfort and mobility of the elderly and to maximize their  capacity of decision making.

In this scenario, it is essential to start activities and initiatives of High Education, focused toward a glocal perspective that depends on a strong push towards the internationalization (the phenomenon is global) and attractiveness (of powers of excellence on local circumstances) to encourage the growth of new generations of researchers, managers and public and private stakeholders in the coming years will be called upon to manage the problems associated with the aging of the population and develop new generations of technologies to support the elderly.